This is a render of the EVIL ROBOT 360° from my new cartoon "Evil Genius". Originally the cartoon was going to be 3 mins but extra characters and changes to the story has extended this to 5 mins. I'm finishing the final act but there's still a lot to do with animating a zombie fried monkey, an army of evil robots and some kick ass explosions!

I'm also gonna re-animate some of the opening sequence and some character shots cause they don't really match up with the later stuff I've done. 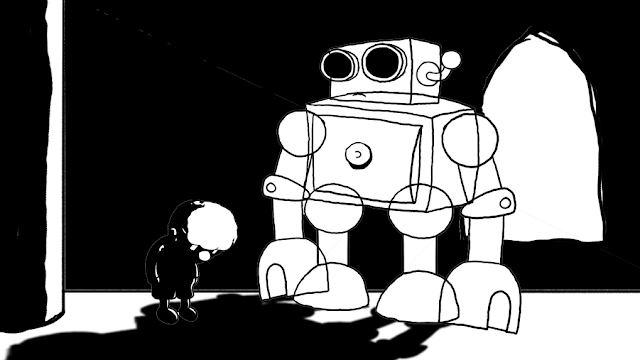